If You Disagree, You Can’t Possibly Have Read Enough Van Til 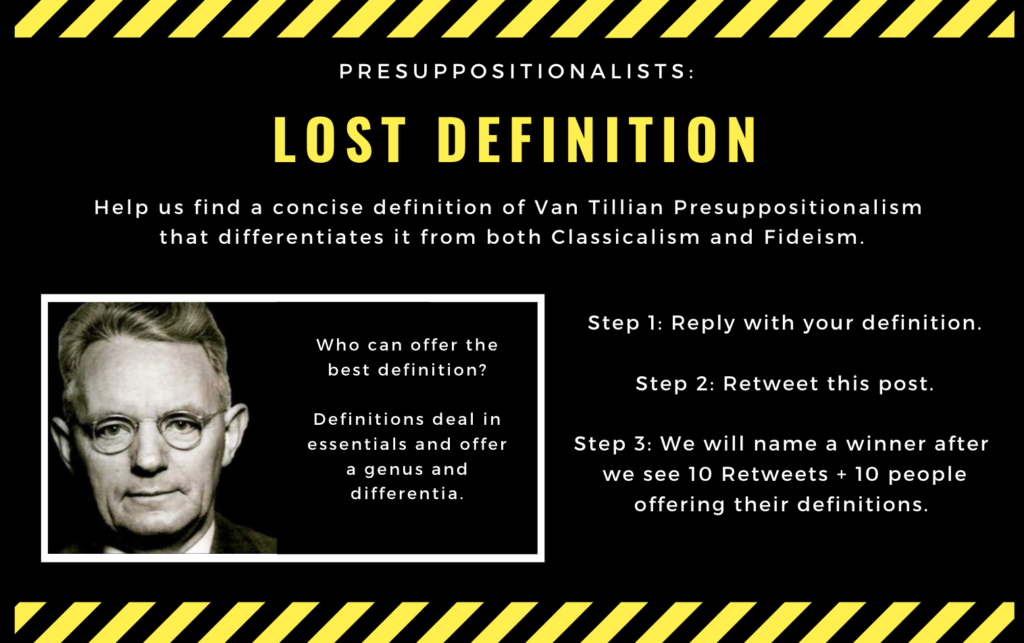 Clearly, the only way someone could disagree with Van Til is if they’ve never read him! (Sarcasm.)

When interacting with the internet’s many advocates of Van Til’s Presuppositionalism, we often hear this kind of criticism: Obviously you haven’t read Van Til!

The critic will then ask whether we have read this or that book by Cornelius Van Til, or Greg Bahnsen, or John Frame, or Scott Oliphant, and so on. The implication is: If you haven’t read X specific book, then you are not qualified to evaluate the ideas under discussion.

This is a dirty tactic of rhetoric. Instead of addressing the claim itself, just accuse the other person of ignorance and make them prove you wrong by having read every single book on the topic.

At FTNCI, we have read much from Van Til and his followers. We haven’t read all that these men have published. We don’t necessarily go on record about which books we have and have not yet read. We prefer to focus on the substance of the disagreement between Classical Apologetics/Philosophy and Presuppositionalism.

For instance, to our knowledge, no one online has yet stated a concise definition of Vantillian Presuppositionalism that differentiates it from both Classical Apologetics and Fideism.

The advocates of Presuppositionalism that we have so far encountered have consistently shown an inability to meet the challenge. This is a sign that they are unprepared to have an adult-level discussion of the subject.

We asked Dr. John Frame if he could define Vantillian Presuppositionalism in a way that differentiates it from both Classical Apologetics and Fideism. He failed to offer clarity on this topic and obfuscated. Read the whole story on that incident here:

Dear Dr. Frame: When Will the Presuppositionalists Clarify Their View?

We realized it is not productive to try to debate the merits of Van Til’s view with people who are unwilling or unable to define that view. We also realized that the Presuppositionalists should be called out for their obfuscation. In order to accomplish this task, we posted a public challenge:

Generally, our policy when interacting with Presuppositionalists will be to ask them to offer such a definition. Until that happens, they are not ready for a serious discussion.

And no, they are not going to get an answer when they try to use the dirty tactic of sidetracking discussions about the substance by insisting that we publicly list the books we have and have not read.